Lucy McRae is a sci-fi artist, film director and body architect, placing the human body in complex, futuristic scenarios that confound the boundaries between the natural and artificial. Trained in classical ballet and interior design, her approach is to influence culture by exploring scientific breakthroughs relating to health and the human body, while providing a feminine point of view on emerging technology.

McRae’s award-winning science fiction artworks have been developed in collaboration with leading institutes including NASA, MIT and Ars Electronica. Her work has been exhibited at the London Science Museum, Centre Pompidou and the Venice Biennale. McRae has consulted with companies such as Procter & Gamble, Unilever, Intel and Aesop on the cultural impacts that emerging technologies will have on future lifestyles. She has also spoken and taught masterclasses on these themes at events around the world including TED Talks, WIRED Health, the Royal College of Art, Central St Martins, RMIT University, and most recently at MIT’s Being Material conference in 2017. 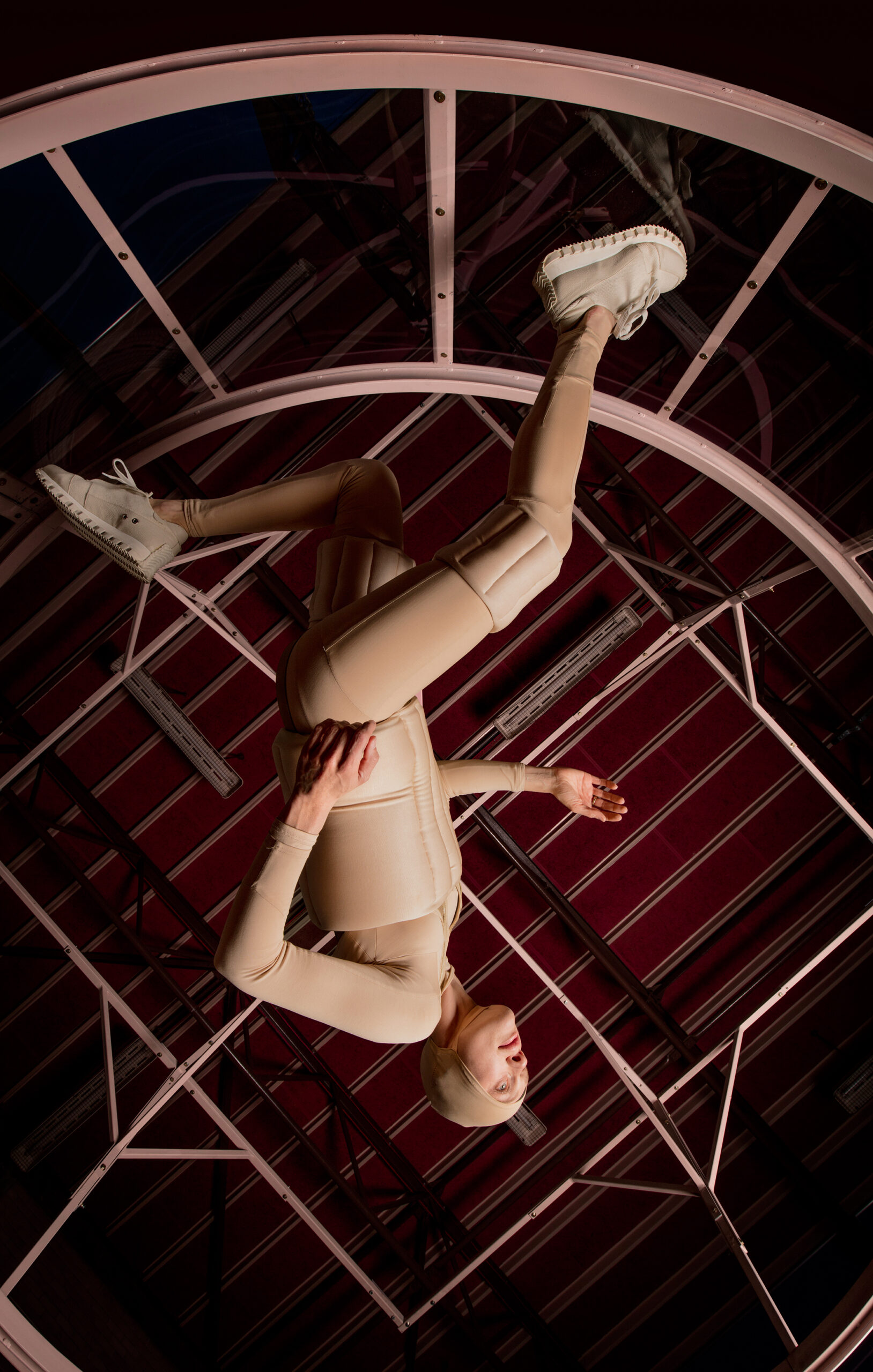 Lucy McRae
The Institute of Isolation

The Future of Art in your inbox

We use cookies on our website to give you the most relevant experience by remembering your preferences and repeat visits. By clicking “Accept”, you consent to the use of ALL the cookies.
Cookie settingsACCEPT
Manage consent

This website uses cookies to improve your experience while you navigate through the website. Out of these, the cookies that are categorized as necessary are stored on your browser as they are essential for the working of basic functionalities of the website. We also use third-party cookies that help us analyze and understand how you use this website. These cookies will be stored in your browser only with your consent. You also have the option to opt-out of these cookies. But opting out of some of these cookies may affect your browsing experience.
Necessary Always Enabled

Any cookies that may not be particularly necessary for the website to function and is used specifically to collect user personal data via analytics, ads, other embedded contents are termed as non-necessary cookies. It is mandatory to procure user consent prior to running these cookies on your website.